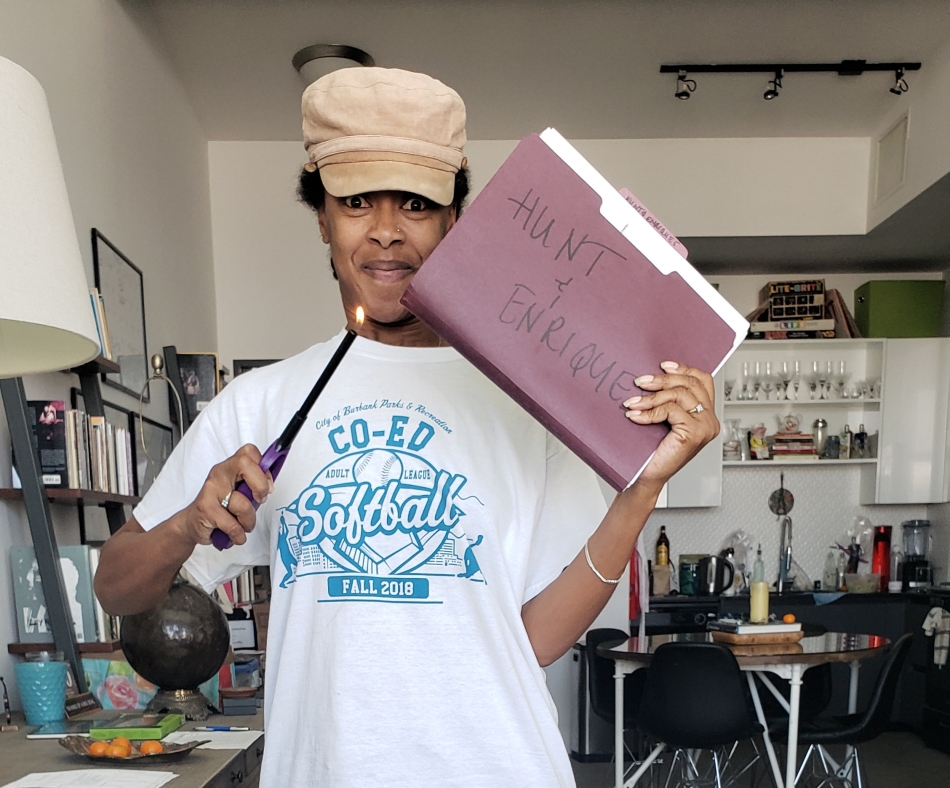 “I’ve never been good with money. ”

This mantra has been running through my head since college.

As soon as I turned 18, I was offered a bunch of credit cards. My dad encouraged me to take the cards to build credit, my stepmom discouraged me because she questioned how I’d pay the bills. Lured by the idea that I only had to pay $10 or $15 a month on purchases, I thought, “I can do that!”

I got into trouble. New bras at Carson Pirie Scott, my favorite “Six Figure” red lipstick from JCPenney, Xmas presents at The Gap and “emergency” Pizza Hut and gas on my AMEX added up. Because I had five or six cards, that meant $50 or $60 per month, not $10. I couldn’t keep up.

I started getting late charges and interest charges that snowballed into a storm of shame. I put my head in the sand because I didn’t know how to pay my bills. I’d get my little paycheck from working weekends at McDonalds and it would be so small that I didn’t know where to put the first $10 and then all of a sudden, that $10 was gone because I’d spent it on something else.

Those terrible envelopes with messages of doom would come and I’d hate it so much, I felt so bad, that I ignored the pain and the problem. The cards would close and then I’d really be embarrassed. My stepmom warned me that the stuff would be on my credit report and it would cause me problems; I heard her, but didn’t realize the huge the nails I was putting in my coffin at the time.

For my entire adult life, I’ve carried the guilt of knowing that my bad credit would not allow me to live fully. I couldn’t get apartments that I wanted, I’d always have to sublet, not be on a lease, or pay extra security deposits as penance for my bad deeds. I was embarrassed to apply for anything like Costco Memberships or even business bank accounts for shame that I’d have to bring up my irresponsible behavior. I always had to find a way around to get what I wanted or needed, or smile and do without.

I’ve often wondered if that guilt was a barrier to me actually earning money because I didn’t trust how I would manage it. When I got my first job out of college — I was living on Chicago’s north side and working downtown  — I was making maybe $22,000. It was more than I had ever made, and yet I still had no money after pay checks. Whether it was due to budgeting, ignorance, neglect or avoidance, nothing had changed. I had no credit cards, little cash and I still felt shame around money.

And thus my mantra “I’ve never been very good with money” continued.

Around that time, 1994 or so, I had a gym membership at Bally’s*. They strongly offered this cool deal where you could roll the membership balance and open a credit card with HSBC Orchard Bank. I was nervous, but went for it. I didn’t really think I’d be approved because my credit was bad, but I was! It was a new beginning. I felt like I was getting another chance to not only build my credit, but also to be a quality human being who knew how to take care of business.

Thus began my troubles. I did well for awhile. I didn’t really use the card at all, at first. I paid the minimum each month and that felt really good. The original roll-over balance was around $1000. I think I almost paid off the card when for good behavior, my spending limit was increased to maybe $1500. Then I put $250 airfare on it and I remember feeling like that was a bad idea. I was paying it off but it never got back to zero. I kept the card for several years, carrying a balance that ebbed and waned all that time.

Fast forward to 2004. I was in NY and I left my full-time job to become a full-time entertainer. You know what happened. I had no money and I couldn’t pay any of my bills.

By this time, HSBC Orchard Bank had sold their credit card debt to Capital One and my card was with them (I believe that was the scenario). Capital One hired debt collector company, Portfolio Recovery Associates to come after me. (Anyone know them? Is the hair on the back of your neck standing?) “PRA” as they are known, made a business of unscrupulously harassing people with phone calls to personal and work numbers (they’d even call my temp agency). Terrible, terrible practices. Then they began working with Hunt & Henriques, a law firm that did all the dirty work to sue your ass for whatever amount was due. For me, they sued me for $3,162.17. More than 80% of that was late fees, interest charges, their fees and PRA fees.

I put my head in the sand deep and ignored the many threatening and scary letters that came in the mail and one that was hand delivered to my old address. I’d never been sued before. Who knew if they would go through with it. Welp. They did. And then one day, in November 2013, I got a notice that they cleaned out my bank account. $148.46. And the bank charged me a $125 fee. That money was all that I had. For someone like me, that was devastating and it took me months to recover, as it it had taken months to even accumulate that amount through odd jobs, $10/hour temp jobs and $100/week random Production Assistant work; it was a very tough time.

That garnishment buried me and my self-esteem. I was afraid to deposit checks for fear I’d wake up and my money would be gone. I felt like a failure at life, and I felt helpless against a huge machine, and I was angry with myself for not taking care of the problem during those many moments when I actually had a chance to do something.

Then they did it again in February 2014. Surprise hit. They got no money (because there was none), but the bank charged me $125.00 again.

Fast forward to last month. February 2020. I received a letter from my dear friends at Hunt & Henriques. “Our client is willing to make a deal with you.”

Since I’m getting married, I’ve wanted to make sure I went into our union with no shit on my side that was going to affect him, or surprise me or make me feel like a failure. I already know my credit is lower than his and I won’t get to co-sign on big purchases (this does NOT feel good; as a woman and as a black woman, I feel powerless. My stepmom was very much right.) So, a few weeks prior to “Let’s Make A Deal”, I had met with a debt person to start getting my financial health in order. We discussed how my situation wasn’t so bad at all and he advised me on a few things.

When I got the letter, I sunk into depression, yet not so low this time because I was prepared. I knew the debt was old and I got to Googling. There is an entire community of people who have had their emotional lives ruined by Hunt & Henriques. I wasn’t alone. I also learned that each state has a statute of limitations on debt. H&H knows this and after I researched, I realized that my statute was about to run out in 30 days, and that’s probably why they contacted me again. From Google, I learned what letters to send to them and how to defend myself. And I did.

On April 1st, I received this letter. I cried, y’all. The relief was in-tense! 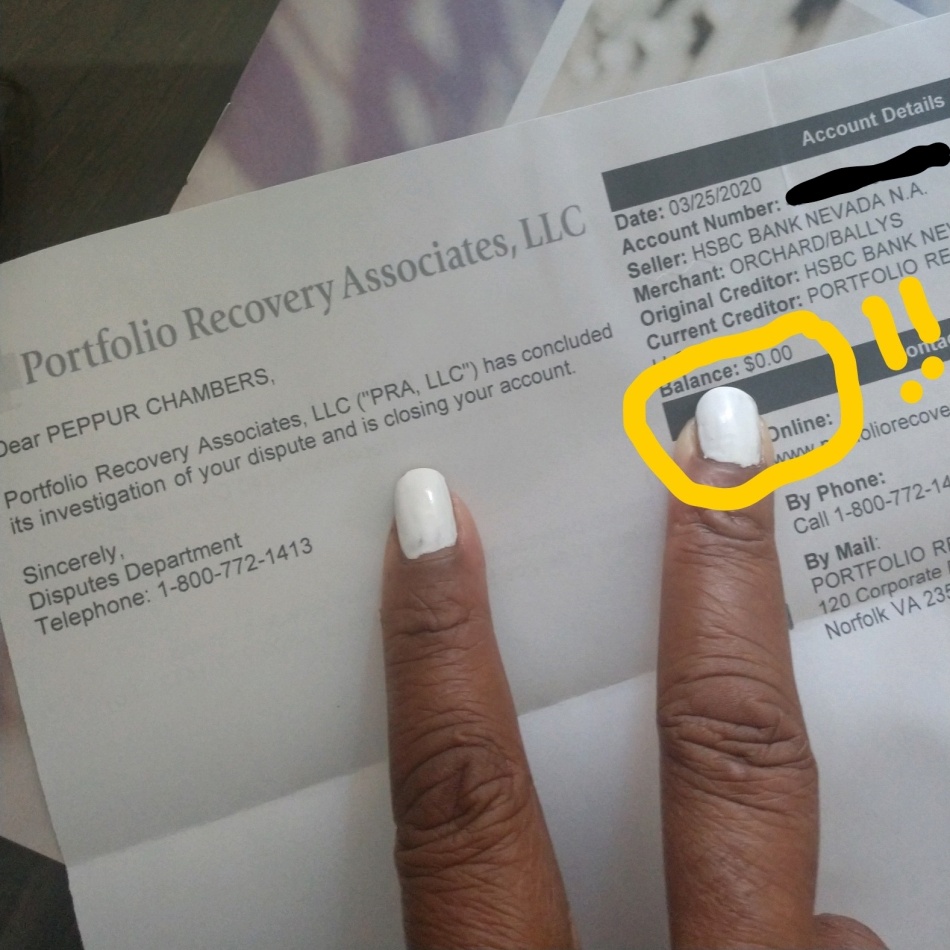 I’m sharing this with you because due to Corona, our financial situations are being hit hard. I feel that these debt hounds are going to try to take advantage of vulnerable people. I want you to know your rights. I want you to try to manage the situation before it gets bad and unmanageable. Sometimes that is just communicating with creditors rather than ignoring them while hoping it will all go away. (It doesn’t). Sometimes it’s asking for help when you don’t want to. Sometimes, it’s talking to a therapist, or debt person so that you can take the emotion out of the problem and try to solve facts, rather than feelings. Sometimes, it’s about managing how you feel about money and how you attach your worth to it. Sometimes, managing your finances is about choosing $20 in groceries from the Dollar Store over paying $20 to the credit card. I understand.

Help is out there, even if it is knowing you aren’t alone. Keep your head up. Hang in there.

Bally Total Fitness has been the subject of controversy over its sales and membership cancellation practices, with some customers claiming they were misled into signing loans with terms up to three years using documents containing uncommonly-used language such as “Retail Installment Contract”. Customers alleged that they subsequently found themselves dealing with collection agencies.[23]

In April 1994, Bally paid $120,000 to settle Federal Trade Commission charges of illegal billing, cancellation, refund, and debt-collection practices. Consumers have complained, however, that little has changed over the years.[24] From 1999 to 2004, over six hundred customers complained to the New York Attorney General‘s office, leading to an investigation and subsequent agreement by Bally Total Fitness to reform their sales tactics in February 2004.[25]

(I didn’t know this until today!) 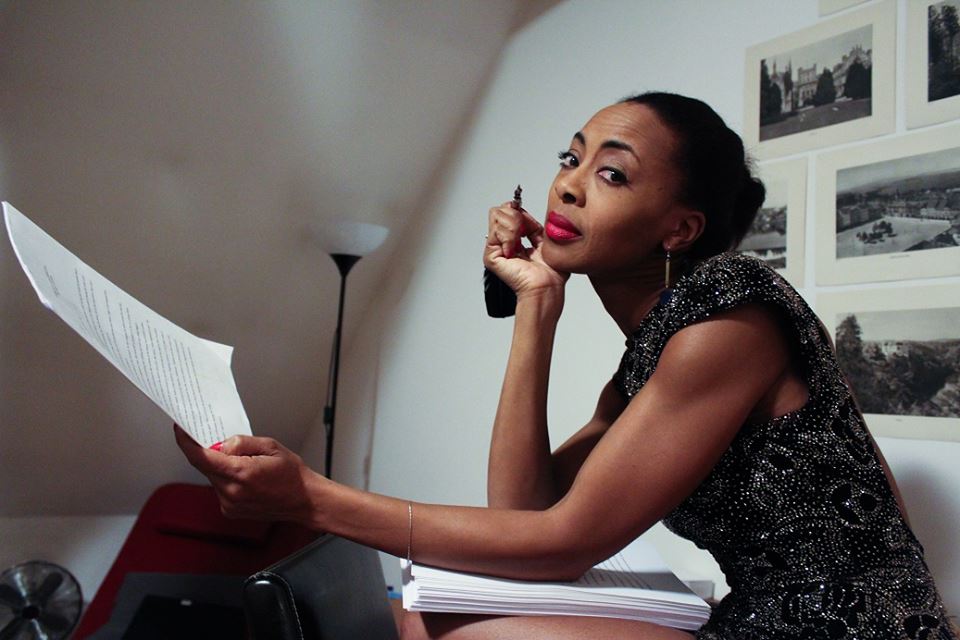 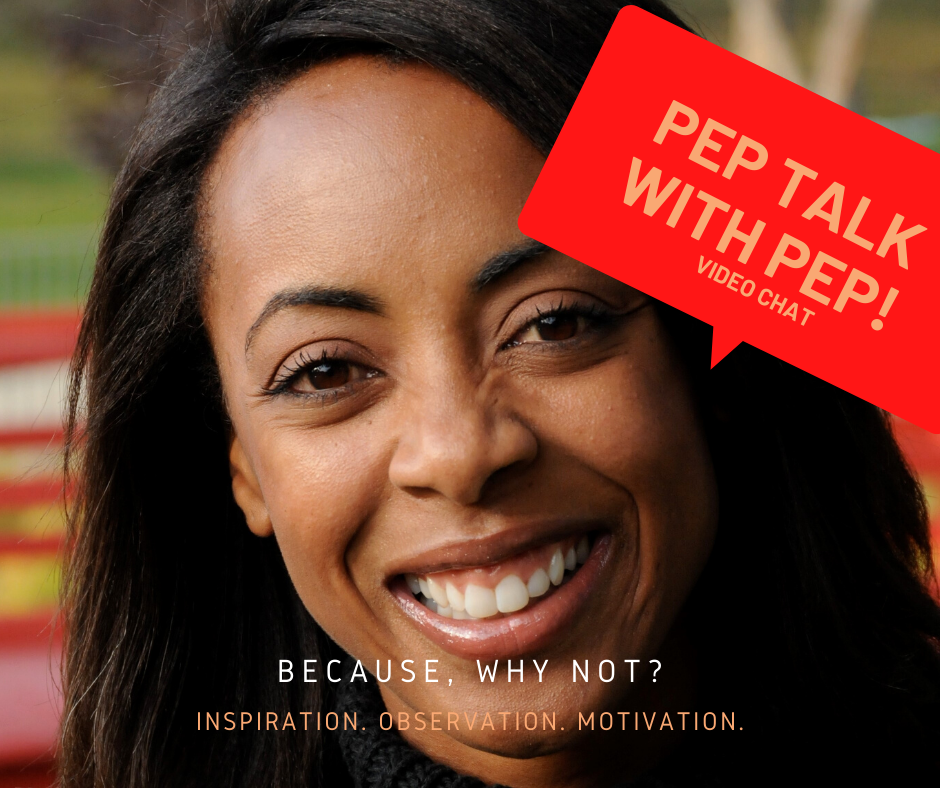 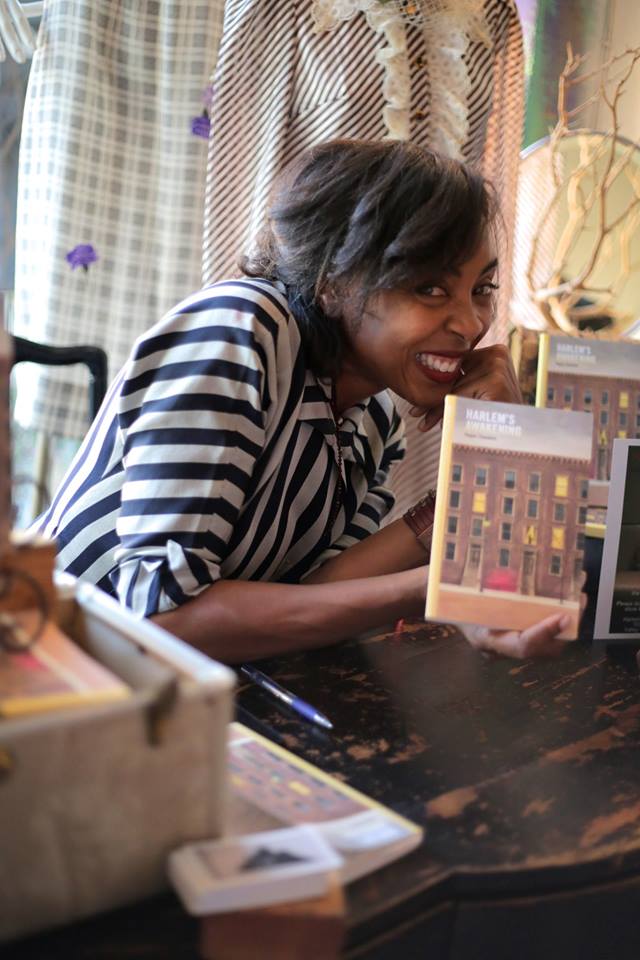 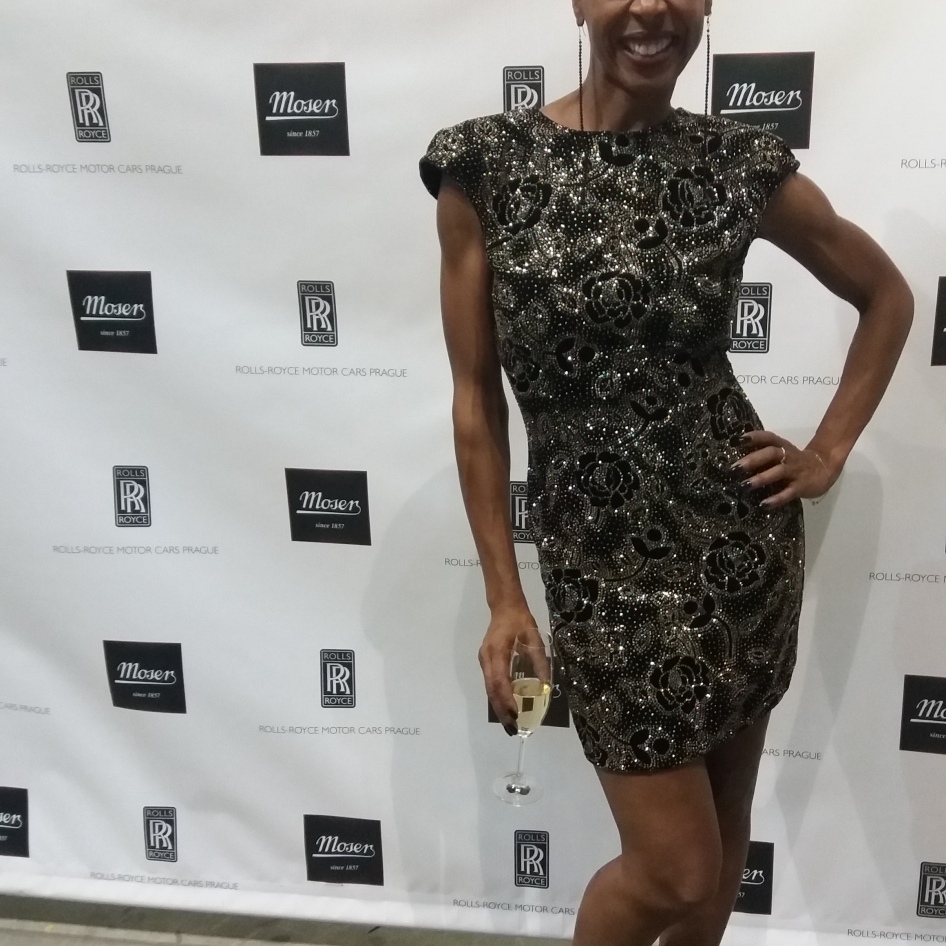 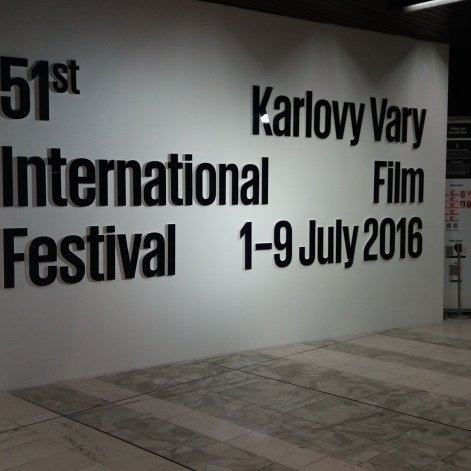 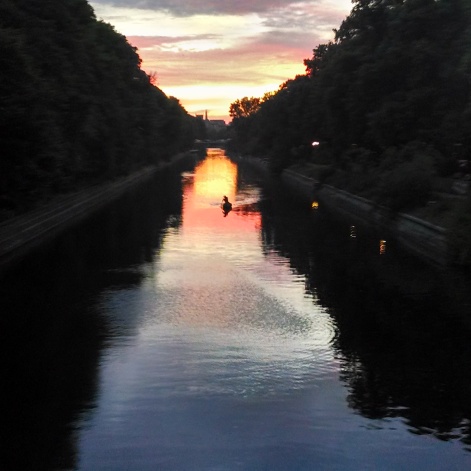 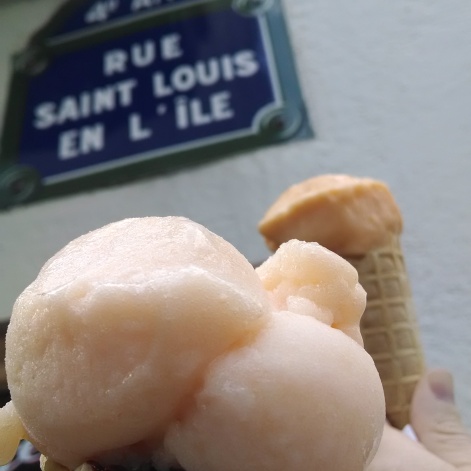 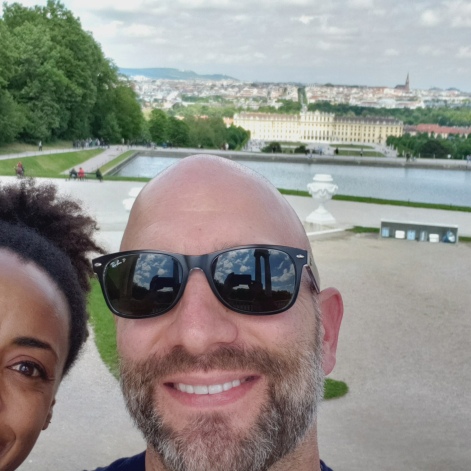 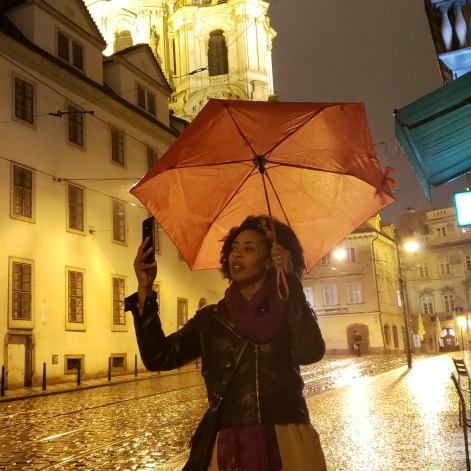 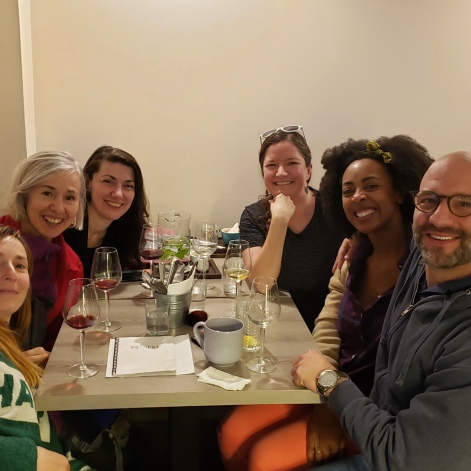 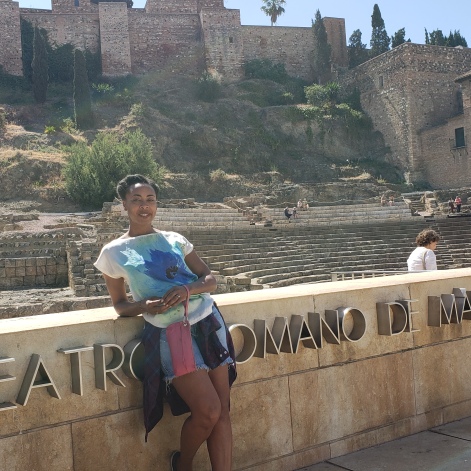 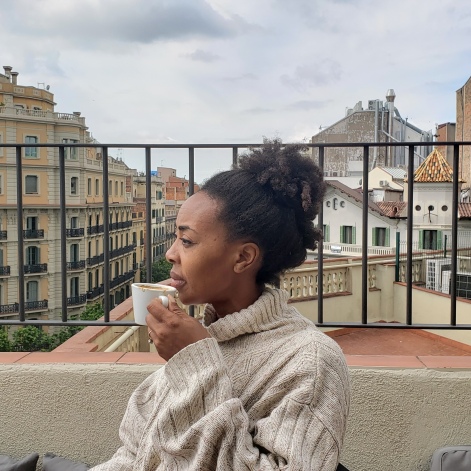 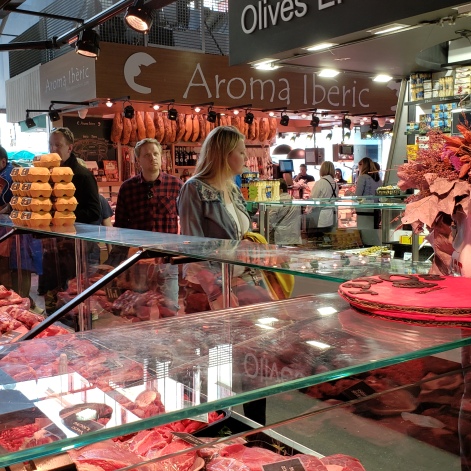 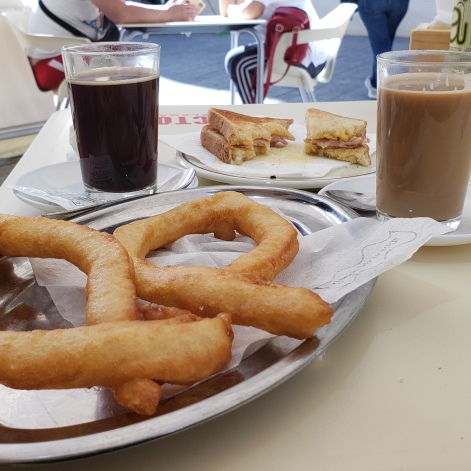